Tara has been studying Taijiquan and Qigong for nearly 25 years and has a 5th Duan in Wushu from the Chinese Wushu Association and a 3rd Duan in Health Qigong from the Chinese Health Qigong Association. The majority of her training has been under the guidance of Master Han Jin Song. She has also been extremely fortunate to undergo intensive training programmes both here and in China with Grand Master Chen Xiao Wang, Professors Men Hui Feng, Kan Gui Xiang, Yang Li, Liu Yu Ping, Xiang Han Ping, Hua Hua, Wang Xiao Jun, Masters Hui He Tong and Yuan Li Min. She has been a Nationally Accredited Sporting Coach, underwent the Beijing Sport University Taijiquan Coach Accreditation Program, the International Health Qigong Instructor Program, and is currently a Certified Instructor with Martial Arts Australia, Wushu Tai Chi Qigong Australia and the Tai Chi Association of Australia. 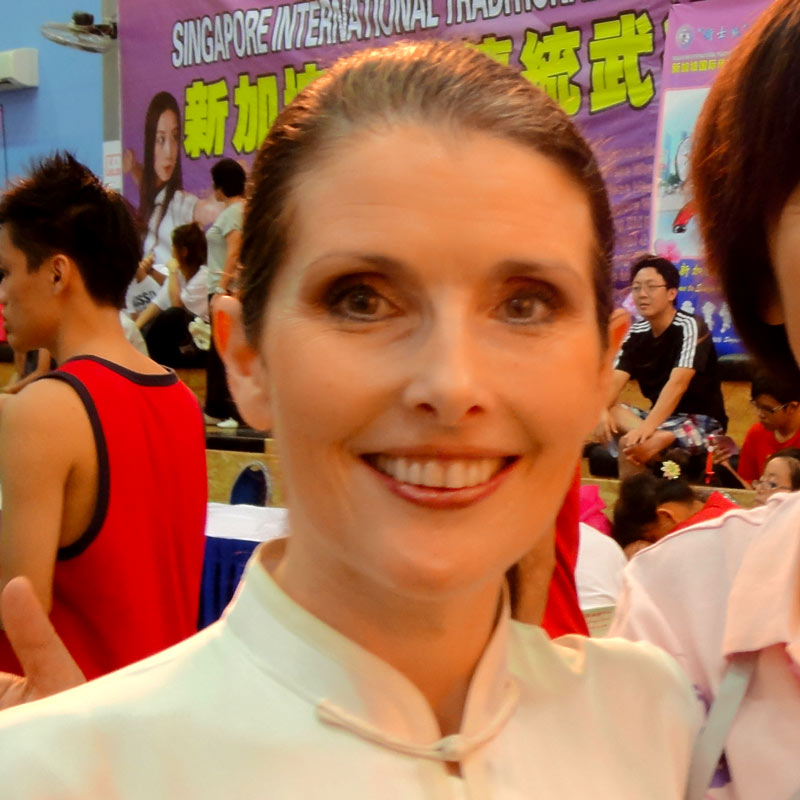 Tara was Australian National Team Manager for the World Wushu Championships in 2001 and 2003, and Assistant Team Manager for the 2006 World Traditional Wushu Festival. She was the first woman in Australia to hold executive positions with the Peak Body for Chinese Martial Arts in Australia being Victorian Vice-Chairman of the Australian Kung Fu Wushu Federation (AKWF, now KWA) from 2003 to 2005; Victorian Chairman 2005 to 2006; a member of the AKWF National Executive from 2004 to 2006; and a member of the Organising Committee for the 1st Australian National Wushu Championships in 2004. She has been an active committee member with Wushu Taijiquan Qigong Australia (WTQA) for the past 8 years including acting as Australian Team Manager for the Australian Team competing at the 9th Hong Kong International Wushu Championships in 2011. She has held the offices of both Vice-President and President of the WTQA.

In 2012, Shifu Brayshaw opened the first wushu school of it's type in Australia, YuLong Wushu-Tai Chi, in partnership with Professor Sun Han Xiang. The school revolutionised the concept of providing individualised tuition to the highest standards and after 4 successful years, the professional duo decided to spread their wings even further by branching out in to two separate fields of endeavour. This heralded the launch of JinLi Wushu-Tai Chi under Tara's guidance as it's Principal and Chief Instructor.

Respect in Tai Chi: The Art, Myself and Others

LIVE Seminar Series
April/May 2022
Suitable for anyone wanting to know how to respect others in the 21st Century
Learn what it means to truly understand yourself and those around you.
Read More

Tai Chi and Qigong: A Look Beyond The Practical Series 2

ALL NEW! LIVE Seminar Series
Fortnightly from August 2021
Suitable for anyone interested in learning more about the theory behind Taiji and Qigong
Last year's Series incredibly popular.
Read More

EVERY Thursday morning 7.45 to 8.45am at The Hub @ Docklands, 80 Harbour Esplanade, Docklands
Read More

The perfect way to manage the rigours of the Festive Season!! Have Fun... Enjoy... Feel healthier and better about yourself... Thursday mornings 9.15 to 10.15am
Read More

Tai Chi and Qigong: A Look Beyond the Practical