Tai Chi Fan (Tàijí shàn) – Not For Sissys!
The fan has been around for thousands of years, serving as a status symbol and ornament as well as a personal cooling system and insect deterrent. The ribbed fan was traditionally used by men while the solid fan was far more popular with women. The fan also told a story about its owner – the colour, design and material all became significant. However, in China the fan also had another purpose and that was as a weapon. The folded fan could be easily carried and not draw obvious attention as a weapon. Hence a martial artist with a fan in his hand at a social function could at one moment be the elegant scholar, and in the next, a deadly fighter.

Fighting fans were made of wood, bamboo or more commonly, metal. The Taiji fans are usually wood or bamboo, while the external arts feature the metal fans which don’t require as much subtlety of technique. The outer edge used to be extremely sharp while each rib featured a knife-like point. As a weapon it could then be used in either a strike or piercing manner when closed or for blocking and slicing when opened. In addition, the fan could be used to conceal darts or small blades within its folds, giving the owner even more weaponry in his arsenal. A feature of the fan in wushu is the sharp crack of sound it makes as it is opened and closed through a flick of the wrist. This startling noise was used to momentarily distract the opponent before going in to attack. So next time you think the Fan is “sissy” think again!! 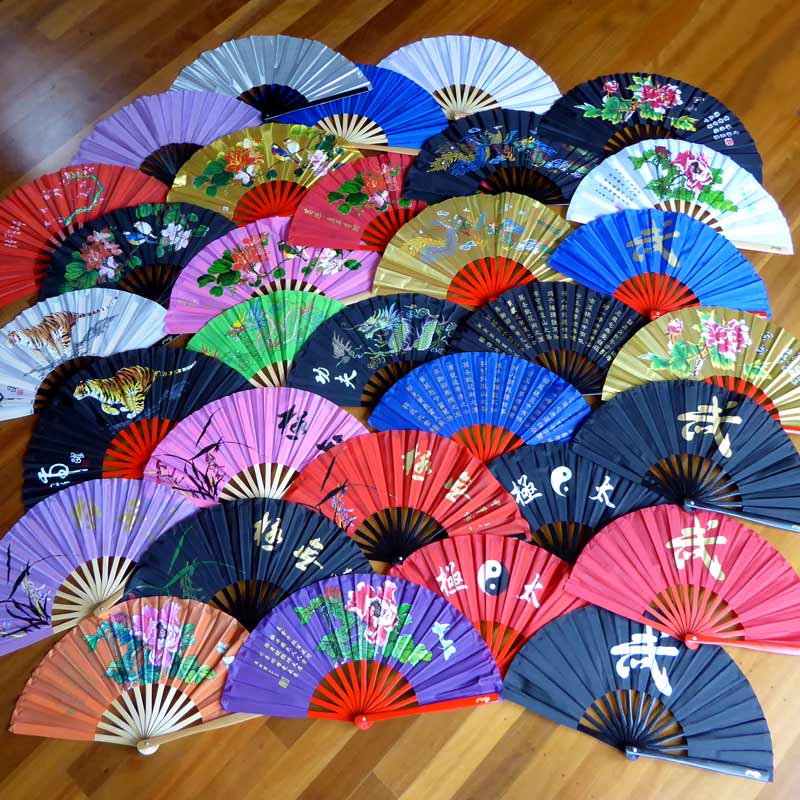